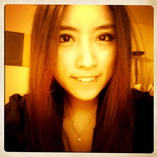 My name is Nattanee Sirilatporn. I was born in Aug 14 1985, with the age of 25. I’m Thai, but I got half Chinese from my Dad. I’m from Bangkok. I was four years old when I first studied music from a JMC (Junior Music Course) at Yamaha music school in Thailand, and later began taking piano lessons when I was six years old. I achieved a grade 8 Yamaha piano certificate and The Associated Board of The Royal Schools of Music grade 5 when I was 17. During high school, I participated in singing contests and even appeard on a TV show, which inspired me to take advance vocal classes in many styles, such as Classical, Pop and Broadway. With enthusiasm for learning music and fulfilling my dream, I put a lot of effort on practicing voice and piano performance while also studying music theory until I got accepted into the department of Fine and Applied Arts of Chulalongkorn University, the top music program in Thailand, where I graduated with second class honors as a Composition major.

During the first 2 years at the university, I focused on Vocal Performance study, which focus on classical lesson because I have loved singing since I was a child. The curriculum also gave some focus on music composition, which I later realized to be my favorite subject. Therefore, I changed my major to Composition, which was much more challenging. The courses related to this subject were more difficult, especially the requirement of knowledge in various musical instruments and music theories. This helped me to greatly enhance my comprehensive skills in composing music and inspired my works, which were mostly in the contemporary style. I like this music style because the techniques of composition represent individual talents and new ideas that are more challenging.

During my freshman year in university, I gained some experience teaching piano and voice at Yamaha music school. During my senior year, I taught at KPN Academy Of Music, the country’s leading music school. My voice training experiences included both pop and classical styles Most of my students were children whose musical skills varied from beginning to intermediate levels., but I was also a trainer for students in classical vocal performance and music theory at Act and Arts Acting and music school by TV Thunder Company, the leading school that offers special curriculum for students applying for an undergraduate program as a vocal performance major.

Additionally, I participated in many activities during undergraduate study. I was elected as vice president of the student committee of the faculty, and responsible for organizing and coordinating the concerts. My greatest experience was having the honor to sing in a choir with the President’s Orchestra of The Russian Federation in front of the Princess Kanlayaniwattana, King Bhumipol’s sister. I also sang choir for Chulalongkorn University Symphony and for my faculty’s annual concert. Furthermore, I used to be a soloist in the Silpagum concert VI – the music department’s annual performance, at the Thailand culture center. Additionally I participated in the university’s singing contest and the Yamaha music festival where I was awarded and recognized by some of the top music specialists of the country.

Performing in the competitions led me to work at R.S. Promotion Public Company Limited, the second largest recording company of the country. I had been a trained artist at the company where my tasks were composing and vocal designing for my own album under the supervision of Mr. Suttipong Wattanajung, Executive Vice President. During that time, I gained a lot of experience creating pop music and the techniques to make songs become famous. At the same time, I passed the audition from Mahidol University to work at one of the campus’ as a music instructor for the Entrance examination, for the tutoring courses and general education in classical vocal performance. Furthermore, I had been an accompanist for the vocal students who were taking an entrance examination for the undergraduate program. Since most students who went for the audition were my vocal students, I could help them feel relaxed and keep their pitch, dynamics and rhythm. Nevertheless, only few months after starting the teaching career, I decided to move on from the job in order to prepare for studying a Vocal Performance in United States.

Currently I am in fourth semester vocal performance major at Berklee College of Music, in which I was able to get the North American Tour scholarship. During my second and third semester, I also made the dean’s list, which made me have spirit to go on my musical achievement. I am concentrate on Jazz, which I have never learned before, so it is very challenging for me. Berklee has already given me a lot of musical knowledge from my Private lessons and Harmony, Ear-training, and Improvisation classes. Moreover, I believe that the school environment at Berklee gave me the opportunity to change myself. Sometimes I felt blue and I began to question myself thinking, “Why can’t I do something while other student around me can. Then, I began to get motivation to start practicing more and more each day. In the past, I used to practice just fifteen to forty-fives minute per day. But now, I keep at least two to four hours each day, so that I can develop my skill more and more. In the past, I had a belief that no one could improve their musical skills much within 1 year; however, after I saw the improvement from all the practice, I saw that it can work for me. Since I have been at Berklee; I have improved my personal skill to accommodate so many different kinds of musical styles, such as Jazz, R&B, and Classical. And it’s not that I can just sing these styles from paper, but I can also improvise, which is something I have never know how to do. Because of that, I think that Berklee is such a great school for me, and in my opinion, I can’t find any other great school like this in Thailand. I can say, I am so lucky to be here, and that after I graduate, I will have a much more meaningful musical career as a college teacher. In my country, a jazz instructor with a degree can teach in a music academy or even college.

My personal goal is to become a vocal teacher. Although I had a lot of previous experiences teaching and training classical vocal performance, I prefer to be a jazz vocal teacher because there are not many professionals in this field in my country. Some music teachers in my country also have part time jobs as artists, and they have inspired me to follow the same path. After graduation, I will go back to my country to teach, but also continue working on my own compositions for my own solo albums. I strongly believe that I can contribute my creative ideas in the class and will be able to apply what I learned to my future musical career.