Online Student
The other other white rap.
Member since 2010 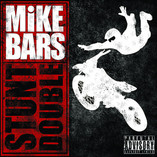 Mike Bars is an independent hip hop artist with an ear for creating a hit, and a knack for pissing people off. The controversial emcee/producer spends his time making catchy indie chart toppers for other local musicians, as well as his own solo material. His song subjects, although humorous in nature, often poke fun at issues of religion and race.

The Portland rapper’s newest single, “Stunt Double”, from his upcoming album The Mikerophone, is already turning heads. With this latest indie track, Bars creates a new sound in the world of hip hop music using dark and funk filled arrangements he composed himself, and dishes out insult after insult to other emcees, dedicating the entire song to his dislike for white rappers.

Pushing forward by doing nearly all the work on his projects independently, Bars has a strong drive for success, and a passion for perfection. The Portland raised emcee uses his musical talents to create a new spectrum in rap by fusing funk, pop, rock, r&b, and soul to create a sub genre that is truly unique. His music has been described as “a cross between Ludacris, Eminem and B.O.B.”.

Mike’s charisma and charm are added attractions to his live hip hop shows around the Portland metro area. With a jokester spin on life and the witty punchlines to match, the self producing rapper is a “breath of fresh air”, according to fans. Since the 2007 debut of his solo album, The BarrCode (under his former stage name Mickey Dee), his songs “Like Mike” and “I’ll Be Back” have won fans over not only in the United States, but across Europe and Australia as well, even without the help of a major record label.

Bars’ original beats and seamless but comedic flow make it easy to forget that the Oregon emcee, although funny, does have a serious side. It may be rare, but when Bars gives listeners a glimpse of his thought process, it’s a gritty look into the mind of a thoughtful and sometimes angry young adult struggling to voice his opinions. After being discovered on Myspace.com and hired by award winning filmmaker Rebecca Rodriguez to star in a commercial where Bars’ performed a parody of “Baby Got Back”, the Cali director saw the potential in the young rapper to send out a more serious message to fans. She then recruited Bars to write and perform a ‘get out the vote’ video for the 2008 Presidential election. His response was “Switch It Up”, an intense music video filmed in the back streets of Portland.

In 2008, Mike formed hip hop group The Verbal Felonz with 7 other Portland emcees, and went on to produce the group’s first album, WordPlay, entirely from scratch. The album was well received and despite it’s home made packaging, sold out the very first day. The group members, however, began having creative differences shortly after the release. Much of the crew had already decided to go their separate ways, when Mike received the call that one of the remaining members, Mill’ion, had been shot to death during his stay in New York. Mourning the loss of their fellow band mate and friend, The Verbal Felonz, now a trio, continued onward, releasing their sophomore album, Raw & Uncut the very next year.

After a small Oregon tour of live performances, the group’s single “Light Up Sneakers” shot up to the #1 spot on the world’s largest independent music distributor, CDBABY.com. Bars not only produced the track, but also rapped the song’s catchy hook. In addition to projects with his group, Mike has also spent his time producing albums for artists such as Karess’ debut LP, Real Emcee Ish, which features Mike on over 3 tracks, including the album’s lead single “Filipino Girl”. Mike has also made appearances on songs with Skribbal, Micky Fean, Uneak, Twisted Optiks, Research, and Abstrakt Design.

Bars’ upcoming solo project, The Mikerophone, has been more than 2 years in the making. The album features performances by both Grammy nominated vocalist Chrissy Faith on the funky 80s-themed track, “Jump!” and Detroit’s Marv Won (who battled Eminem in the special features of the 8 Mile dvd) on the hard hitting street anthem “Stack It High”. The Mikerophone introduces a new style for Mike Bars by combining his original hard hitting hip hop beats with even more confident organic sounds of acoustic guitar, bells, ukulele, island and reggae vibes. His style, right down to his superhero tee shirts, is all his own. A recent blog post on the upcoming album from The West Coast Leak interviewing Bars called his music the "best of the Portland underground.”