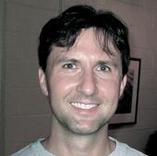 Zane Kuchera is a Boston based composer and orchestrator for the stage, film, and TV. He is an alumnus of Berklee College of Music, majored in Contemporary Writing & Production as a vocal principal, and possesses a Master Certificate in Orchestration for Film & TV, and a Specialist Certificate in Lyric Writing.

Zane also teaches music composition, piano, and voice. He composes, arranges, and engineers studio recording sessions for local artists in the genres of Pop, Jazz, R&B, Soul, Musical Theater, and Classical. He is a member of ASCAP, NOMTI, BACA, and BSW.